Giving and receiving presents has become a fundamental part of the festive season.

For some people, though, the gifting culture can take the shine off what should be a relaxed and fun time of year.

What I missed most about Christmas last year was the people. I suspect I’m not alone in that.

After a year in and out of lockdown, and a festive season that was on-again-then-off-again, by the time Christmas week rolled around, I just wanted to see the faces of the people I love.

I wanted a cuddle with my mum and to hear my 13-year-old nephew bang out Bohemian Rhapsody on the piano (it’s quite the party piece).

It didn’t happen, and we had to make do with Zoom.

It felt rubbish at the time, but now that the most wonderful time of the year has rolled around again, the benefit of such a damp squib means this year is going to be brilliant. 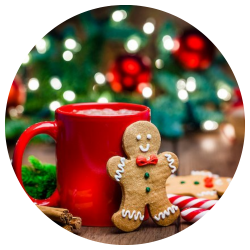 It’s heralded a change about how we do the whole shebang, too. It became clear, to the adult contingent at least, that a boozy festive get together is the thing we all like best.

And while you’d have to be spectacularly Grinch-like not to feel warm and fuzzy at the sight of gifts piled high under the tree, nobody even mentioned presents.

It’s not that we don’t like them. It’s just that they turned out not to be the most important thing.

So this year, we’re not doing them.

‘Why don’t we just buy for the kids?’ asked my anti-consumerist sister-in-law, seizing her chance one summer evening as we made pacts to make it home this Christmas, come hell or high water. ‘I didn’t miss shopping at all.’

Well, no, obviously. But what about the rest of us?

When we gave it some thought, the no-gift element was a game-changer.

In that one sentence, Christmas was simplified.

To-do and to-buy lists were reduced; the mental load felt immediately lighter.  Let me say now that this was in no way a Scrooge-like move on Ruth’s part.

My sis-in-law is one of the most giving people I know, generous with her time, affection and love. Her door is always open and she loves a good knees-up as much as the next person.

But the increasing commercialism and buying of ‘stuff’, just for the sake of conforming to Christmas convention, was getting too much, she explained. Plus, you know, the environment. 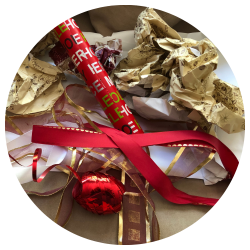 Mountains of wrapping and packaging, much of it not recyclable, just didn’t sit well with the values they were trying to live by.

With all that in mind, would it be possible to make a change?

We all got it. Most of us bought in.

Think about what a no-gift Christmas could mean:

If the concept feels bah-humbug, I promise you it’s anything but. It’s about doing less but having a better time, and tweaking Christmas conventions in a way that suits your clan.

As an inveterate people-pleaser, I’d have continued boosting the old Amazon coffers indefinitely, but my sis-in-law is made of sterner stuff.

Not everyone has to buy in, of course.

Buy for the kids; buy for your other half (unless they REALLY mean it when they say they’re not fussed). In a world where we’re all stressed and busy, if presents make your heart sing, do it.

For me, though, it means less anxiety and more festive fun. In other words, a happier Christmas.

I’ll definitely raise a glass to that.

How to have a no-gift Christmas