Vitality, Menopause and Me

It’s only recently that menopause has been put in the spotlight, following celebrity documentaries and more women in senior corporate positions. The conversation about the ‘M-word’ is getting louder, but there is still so much more to be done.

It’s estimated that by 2025, 1.1 billion women across the world will be experiencing their menopause transition. And yet 50% of these women still feel too embarrassed to seek advice and support on how to cope with perimenopausal symptoms and the effect they have on daily and working lives. 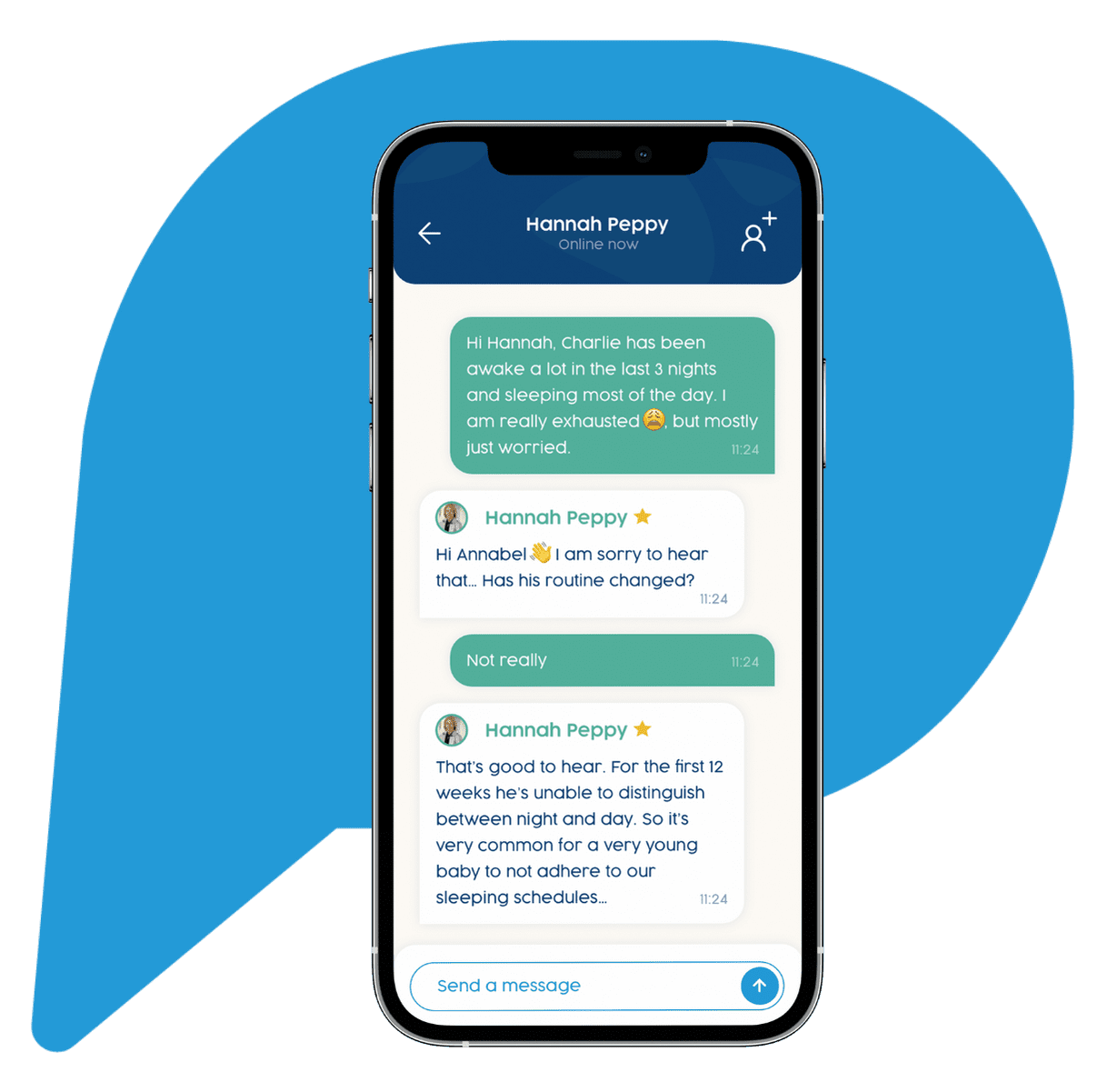 We spoke to five Vitality members, one of Peppy’s partners, about how menopause affected their health, their work and their personal lives – and how Vitality has helped them take control of their menopause journeys and begin to enjoy the best of midlife.

Nikki (2021): “The support has empowered me to to take control of my health”

After first downloading Peppy through her Vitality membership, Nikki initially (and, as she said herself, regrettably!) ignored the private chat function. But when her menopausal symptoms hit a new low, she began to feel isolated and depressed. “I didn’t know where to turn,” she says. “I had heard such horror stories about GPs turning women away that I didn’t even try approaching mine!”

She turned to her Vitality account to see if there was anyone available for her to talk to. “I discovered a whole section dedicated to menopause. I was intrigued to see an app called Peppy that could help and decided to download onto my phone. Of course I discovered I already had it!”

“This time everything had more resonance with me. I needed this support and so I wrote a pretty emotional message on the private chat. I’ll admit, I was sobbing whilst typing. I received a reply. It just said ‘You are in the right place, my darling. Speak to us and we can help you through this.’ I honestly can’t explain the relief I felt that someone wanted to understand what I was going through. The team has been absolutely amazing.”

When Nikki has ready, her Peppy practitioner also gave guidance on making the most out of a GP appointment. Nikki has since had an extremely positive experience with her GP and has started treatment with oestrogen patches. Her Vitality account gave her the power to take control of her own healthcare and seek the best treatment and guidance for herself

“I would encourage anyone experiencing menopausal symptoms to use this brilliant resource. The support I have received has not only made me feel less isolated, but has empowered me to take control of my health with a positive conclusion.”

As soon as Clare saw the email announcing that Vitality had launched personalised menopause support, she signed up for the Peppy app.

“Having suffered with perimenopausal symptoms for about two years, I had found it difficult to get the support and treatment needed to identify the cause of and alleviate my symptoms.” Clare was ready to find a way to ease her suffering and instead embrace the best of midlife.

Through Vitality, Clare has found Peppy’s menopause resources invaluable, such as their articles and advice pages available on the app. She attended several of their online events, which she said are a “great way to ask questions and share experiences with others who are dealing with the same issues.” Clare was also pleased with her one-to-one consultation with a Peppy menopause specialist.

“It’s a real positive that there are so many events and resources around the midlife for women. Clearly a lot of thought and care has been given to determine what topics would be helpful. The focus on mental well-being as well as the physical changes of menopause is really important.”

Clare closes saying, “I have genuinely been grateful for the support I have received. Perimenopause, menopause and beyond can be very difficult and frightening phases to deal with. I feel that I have the resources and support to help me manage my symptoms, make better choices for my health and get the most out of the next stage of my life.”

Sam says menopause support with Vitality and Peppy was “exactly what I needed – I just didn’t know it until it was launched as part of my private medical plan with Vitality!”

In October 2020, they had tuned in to Vitality’s World Menopause Day webinar, ‘Let’s talk about menopause’. It prompted a light bulb moment; “I realised all the little niggly health issues could actually be parts of one bigger condition – being perimenopausal.” Suddenly, things were starting to become clear, and they were ready to seek some much needed help with the symptoms they had been struggling with for so long.

They downloaded the Peppy app as soon as it was available. They’d already done some of their own research and had had a conversation with their GP about starting hormone replacement therapy, but Peppy’s free articles also helped, “This was really informative and on a great range of areas including anything from symptoms like what can happen to your skin and hair to what you can try to help.”

Sam has joined various menopause live broadcast events, and found comfort in the shared experience and understanding of others going through menopause – presenters and other attendees alike.

“What has helped me the most has been being able to chat to a Peppy menopause practitioner whenever I had a question. No matter how small the question or query, the support I have felt has been amazing.”

Vitality’s menopause support gave them the confidence to start HRT. “It has been an invaluable resource,” Sam says. “And I really don’t know what I would’ve done without it.”

“I really hope the Peppy menopause practitioners realise how much their support and advice means to someone who has been feeling like their world has turned upside down and hasn’t felt like themself for a considerable amount of time!”

Sue had had a less positive experience with HRT. She’d originally had a phone consultation with her doctor and was ready to start on treatment with patches.

“However – the patches irritated my skin and I had trouble getting them to stay on properly,” Sue said. “I tried to return to my doctor, but was given another who put me on the tablets. He didn’t check my records; I’m lactose intolerant so couldn’t take them! Then I had a long spell of trying to get back to my initial doctor.”

In the meantime, as a Vitality member, she decided to seek more information on alternatives compatible with her medical records. Peppy suggested the spray or gel would clearly be a better option for Sue. She was relieved, as she’d also been battling a communications war between her doctor and his pharmacist! “Peppy shared my humour in the saga I was going through,” says Sue. “So it felt like a chat with a good girl friend.”

“The doctors kept telling me they were checking what tablets I could take with the pharmacy.  I told them I wanted the spray or gel – this went on for days and then finally they said they didn’t know what I could take. Luckily, the lovely Peppy people told me exactly which spray or gel to ask for. I passed this to the receptionists and finally the prescription for the gel was sorted.”

Finally, thanks to Vitality and Peppy, Sue received the correct medication she needed to treat her perimenopausal symptoms.

Alex only found out about Peppy by chance, through a post on the Vitality Facebook page. They had already been on HRT for a few years, but was starting to experience a return of symptoms.

“I knew that I needed a change of medication. However, having had lots of issues trying to get HRT from my GP in the first place, I was really apprehensive about their understanding of what I needed, so I had been putting it off!”

Luckily, they had signed up to Peppy through their Vitality membership. Alex contacted a practitioner through the private chat function. “The response from the team was fast, efficient, friendly and informed. I was advised to book a call with one of the team to discuss my needs, so I did that. The nurse I spoke to was just brilliant! She listened to me and then talked me through her recommendations and then emailed it all to me.”

Alex contacted their GP, shared the recommendations that they had received from their Peppy practitioner,  and the GP sorted the prescription out. “It was as easy as that! I also used the online chat system just prior to starting my new medication, to check dosage and timings. Yet again, within half an hour I had the answers that I needed!”

Vitality’s menopause support with Peppy is “just the most brilliant service,” Alex says, “with amazing nurses there to help. I would recommend it to anyone who needs help during the perimenopause or menopause. I had no idea how much the menopause affected your life and that it was more than just hot flushes.”

“My only wish is that I had known about them when I first went to the GP rather than spending a year on antidepressants and contraceptive tablets that I didn’t need!”

Peppy’s partnership with Vitality means members can access a range of menopause support services, including an online information hub, personalised support on the Peppy app, and onward referral for treatment if you need it.

Get in touch with us today.

*Some names have been changed to maintain user confidentiality.