Working From Home Whilst Pregnant

Sarah Mortimer, Peppy’s Client Success Lead, shares her experience of working from home whilst pregnant and her top tips for staying connected in remote times.

Working from home whilst pregnant

Working from home is the new normal right? It’s something many of us have wanted for years and let’s face it no one is missing the commute; but what happens if you’re pregnant?

I’ve worked in HR my whole career and so have had the pleasure of cooing over many a growing bump. But when I became pregnant during a global pandemic, I wasn’t in the office to show off mine.

It was an odd experience and one I assume loads of parents-to-be are facing.

It was like I was having a baby in isolation, a secret pregnancy, covert due to COVID-19. I have to admit I felt like I lost out on some probably, otherwise, unwanted attention. No one tried to touch my tummy, for example. No one made inappropriate jokes like “you sure there’s only one in there?” or “swallowed a watermelon, did you?” – hilarious.  I would have loved to be annoyed by the same questions every day, “know what you’re having?”, “was it planned?”. 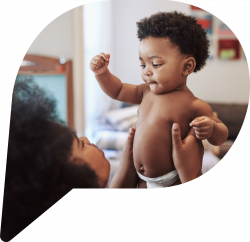 The thing is, being pregnant is pretty special and (after the initial shock/3 months/panic) it’s something most people want to share but my kitchen table laptop set up didn’t capture anything on camera below my ever expanding boobs. I had to literally tell people I was pregnant, which is sort of awkward during a meeting with Amin from IT.

There was an upside though. Being pregnant whilst working from home meant I was never far from the loo (for those million wees a day) and I could take third-trimester lunchtime naps on the sofa. Also, it was easier to look after myself whilst at home than it might have been in the office. Rather than working late I was able to switch off at a reasonable time, go for “walking meetings” to keep my fitness up and plan my diary around antenatal appointments to suit me.

I found that there were both pros and cons to home working whilst pregnant and here are my top tips for making the most of these magic months.