Men are often mockingly accused of suffering from ‘man flu’ when they are experiencing genuine physical symptoms. No wonder they are put off seeking medical help, says Rob Kemp.

‘I’m sorry to tell you Mr Kemp, this is the worst case of Man Flu I’ve seen to date. I’ll prescribe you large doses of self-pity to be taken throughout the day. I recommend complete bed rest until the weekend arrives, by which time you’ll have miraculously recovered.’

If this sounds familiar then perhaps your partner, like mine, has had a similar eye-rolling, disbelieving bedside manner when it comes to a man being ill.

At the time I was suffering from what I thought was a cold, or possibly a chest infection. I held off seeing my GP because I fell into the trap of thinking I should ‘man up’, take a paracetamol and get back to work.

But it got to the point when my breathing became laboured and I was diagnosed with something called ‘pleurisy’. What sounded like a medieval disease had me considering painting a red cross on my front door and starting to ‘get my affairs in order’.

Fortunately, a course of anti-inflammatories and rest for a couple of days was enough to get me back on my feet. But that reluctance on my part to see my GP epitomised the issue many men have when it comes to phoning in (genuinely) sick. 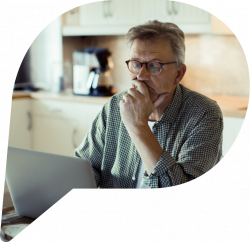 The ‘man flu’ cliché has circulated for many years. Like the flu jab, there’s an annual roll-out of the jokes, usually via a mainstream media that’s happy to poke fun at men for supposedly overdramatising symptoms of sickness.

Such derision and suspicion, especially in the workplace, can lead to men hiding symptoms. We will ignore illness and carrying on regardless for fear of being seen as ‘something of a wuss’.

Being mocked and told I’m playing the ‘man flu’ card feeds upon my primeval compulsion not to ‘show weakness’. It entrenches attitudes of needing to ‘man up’ and not take my health seriously. Another potentially self-destructive, risk-taking element to the lives of men to add to the list.

It’s bad enough that some of us struggle to admit to feeling ill physically, because it would suggest that our bodies can’t fight off a few measly germs. What’s even worse is that we may treat our mental health in the same way.

This reluctance to discuss illnesses and resistance to seeking professional help can have devastating consequences for men, their families, friends and communities. 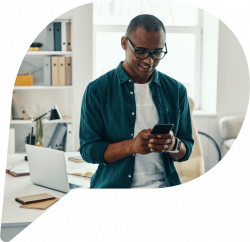 But what’s most galling for guys being hit with the ‘man flu’ stick is the realisation that research indicates that we really do have worse symptoms and fall victim to worse outcomes than women.

There’s a growing body of evidence to show that accusations of ‘man flu’ are not only dangerously misguided. They also fly in the face of facts that men really do suffer more when struck down with flu.

As Stanford University of Medicine studies confirm, the impact the flu has upon those humans with higher levels of testosterone (that’s a lot of us, chaps) is to weaken our immune response.

And researchers from Hong Kong and the United States have found that, compared with women, men have a higher risk for hospital admission and death from the flu too.

This vulnerability in the male make-up has been brought to the fore during the Coronavirus pandemic. Studies show that while men and women are at equivalent risk of catching COVID-19; it’s men who are nearly three times more likely to end up in ITU and according to a 2020 study are twice as likely to die of the disease. 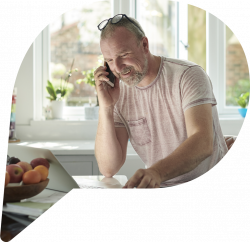 So, while the research confirms men are ill, the accusations of just having a touch of ‘man flu’ persist.

It’s got to the stage where we can’t even convince ourselves that we need to see a doctor. Perhaps it’s no surprise that we struggle to convince others.

According to research by men’s health awareness group Movember, 75% of men still put off going to their GP when ill. A similar US study found that nearly two-thirds of men said they avoid going to the doctor as long as possible. 37% withheld information from their doctors.

One major barrier to men getting more help surrounds the communication of health information. Health awareness campaigns and medical literature either don’t routinely engage men. Or, they fail to highlight male symptoms that are often different to those of female patients.

Studies, including a 2010 report by the European Commission, found that health initiatives will often target women in their approach. This is in spite of the fact that women are already more likely to seek help for health issues.

The effect on men’s mental health…

In the case of mental health advice, the symptoms listed by organisations including the NHS  fail to nuance the symptoms of illnesses such as clinical depression to include those experienced by men.

While sadness, tearfulness and low self-esteem do feature, anger, aggressiveness and engagement in high-risk activities, which are recognised as clear symptoms of depression in men, do not. In fact, men are still much less likely to access psychological therapies than women: only 36% of referrals to NHS talking therapies are for men.

The long-term effects of this disconnect between men and medicine is having a devastating effect. Men are four times more likely to commit suicide, and, overall, more likely to die younger than women.  And yet these inequalities have become accepted as all part of being a man in today’s world.

Greater availability of out-of-hours GP consultations, more online surgeries and a focus on workplace-based health initiatives for men could make a difference. But society’s attitude to men’s health needs a major overhaul too.

Surely, the first step should be straightforward: let’s take a pause before using a term like  ‘man flu’ so the next time a man is ill, he doesn’t get the message that his health doesn’t matter.